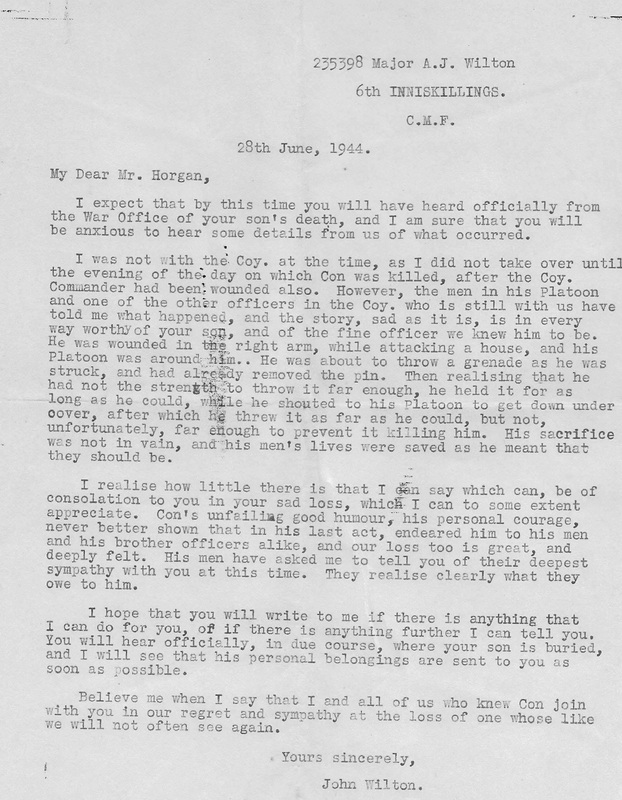 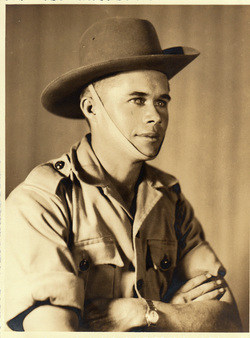 His Military career started with the Southern Rhodesia Defence Force, after the East African Campaign (World War II) He volunteered for service with the Union Defence Force South Africa.

He was posted to Prince Alfred's Guard which converted from an infantry regiment to an armoured unit, 11th South African Armoured Brigade, which was action in Italy 1944 - 1945. 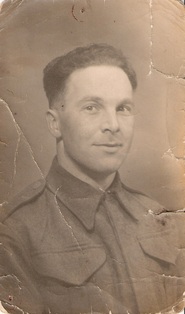 He originally came from St Columb Major, Cornwall. but was living in Boston, Lincs at the time of his enlistment  His war record was:


Rifleman Burt's son Brian, who sent in this information, was  4 years old when the family  received the telegram. 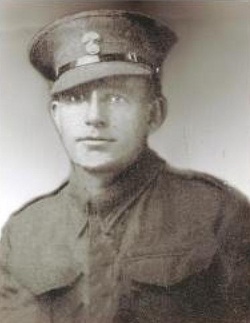 Rifleman Merron was 37 years of age when he was killed on 22 June in the Battle of Sanfatucchio, having enlisted on 24 July 1940. He had previously been a labourer in Maghera County Derry. Daniel had married his wife Mary in 1934 and they had two sons. Although he was only 8 years old at the time, their eldest son, Peter vividly remembers his mother's reaction to the telegram and says that it is something that will stay with him. Mary died in 2001 but did not get the chance to travel to Orvieto to visit her husband. 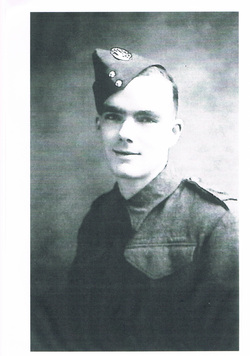 Private Beale was killed in the advance on Castiglione del Lago just beyond the the river Pescia, on 25 June 1944

0015 hrs.  'D' Coy crossed river and advance(d) on their objectives at 412924.  Heavy     fighting was encountered  and the Coy withdrew across the river to their former positions.
0540 hrs.  A patrol from 'B' Coy reached the first objective at 412924 and found it unoccupied
0600 hrs.   'A' Coy moved forward passed through patrol onto second objective at 408925.  'D' Coy moved back to  423910. During the day the Bn (battalion)  area was subjected to very heavy shelling, mortaring and Nebelwerfer fire,  resultiing in one officer and four other ranks wounded

Presumably Private Beale died from his wounds.  The following day the War Diary records four other men from the regiment as having been killed, making a total of five.  In contrast, the Commonwealth War Graves Commission indicates that two men were killed on 25 June and three men on 26 June) 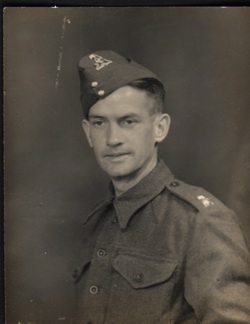 Fusilier Schofield was killed on 21 June in the opening attack on Sanfatucchio.  His widow was told that

he was killed while out on a night patrol which was trying to pinpoint the location of a German machine gun post. After sucessfully finding its location, the patrol was spotted, while moving along the top of a wall and the German gun opened fire on them killing most of the patrol members with the exception of the patrol leader. (Information from his grandson, Craig Schofield)

Seven men from the battalion, including Fusilier Schofield,  were killed on that date and buried  in Orvieto War Cemetery. 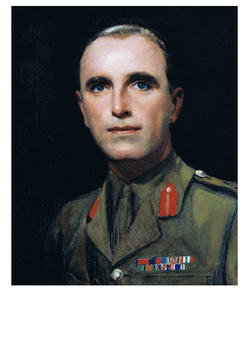 Brigadier Gwynne-James, commanding 36 Brigade, 78 Division, was killed on 26 June.  The division's  War Diary WO 170/499 has the following entry:

0915. From 36 Bde. In the course of operations to enlarge a bridgehead over the River Pescia Brigadier James was killed by an unlucky shell from a self-propelled German 88 mm gun while carrying out reconnaissance in his jeep in the forward area of the Royal West Kents. 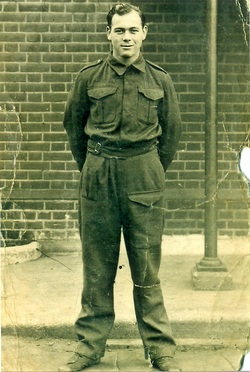 This letter will come as a surprise to you I expect.  As you'll have seen there are some photos that Albert asked me to send on if anything should happen to him, and I'm sorry to say it did, as you'll have heard by now. I can give you a few details of what happened though not a lot, I'm afraid.  We had taken up positions in a vineyard, awaiting the order to advance.  Our objective was an old farmhouse a few miles away.  We captured the place and started to dig in.  Albert had to run across an open piece of ground and was halfway across when a German sniper shot him.  The bullet went in the shoulder and then down to the spine. He was conscious for a while and I'm glad to say he felt no pain.  After we had evacuated him, we were all terribly sorry to hear that he had died.  If it's any consolation to you at all, we avenged him by getting the sniper. Well that is all I have to say.  The chaps wish me to tell you how sorry everyone is, for we all feel that we’ve lost a great pal.

Private Brooks was killed on 25 June when his battalion, belonging to 28 Brigade, 4 Infantry Division, was advancing across country between Vaiano and Gioiella.  He was taken to hospital in Orvieto where he died. 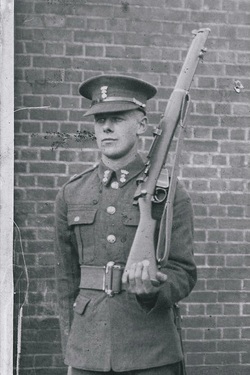 Lance Sergeant William Frederick Bovaird, killed during the liberation fo the village of Sant'Arcangelo, was the first soldier to die on the shores of Lake Trasimeno.

The entry in the 1 Royal Fusiliers' War Diary for 19 June is as follows:

C Company report 1 Pl astride the main lake road in area, thus indicating that its objective had been reached. At 1530 a patrol was sent to Sant’Arcangelo where enemy are reported to be. A short clash took place in which Sgt. Bovaird was killed and L/Cpl Brown wounded. 1 prisoner was captured from 4 Para. Regiment.

An eye witness, Enzo Nichiotti, who was 17 at the time, witnessed this skirmish and has indicated that it took place at La Godiola. 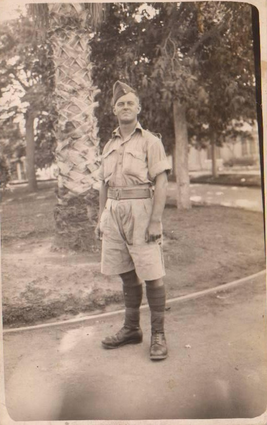 Driver Walter Henry  Coombs was killed during the advance to Città della Pieve from Montegabbione on 17 June 1944.

Walter and Irene Wigens on their wedding day in 1940 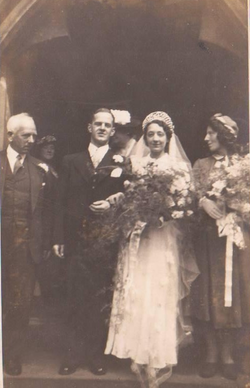 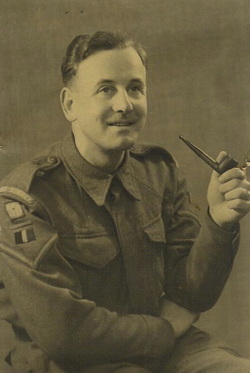 Thomas Pratt was recruited in 3.6.43 and made Corporal in the 2nd battalion East Surrey Regiment. After training he was initially posted to Italy on 28.2.44 and then to North Africa on 9.4.44. He was posted back to Italy on 16.4.44 reverting to rank of Private.

He was killed in the fighting near the Trasimene Line at Città Della Pieve on 17th June 1944. He was 29 years old and would have celebrated his 30th birthday on the 22nd June 1944.

He was born in Brighton Sussex and was married to Eileen. In the last few years she added a postscript to his head stone which reads "to live in one's heart is not to die” love Eileen and son Keith".

Eileen has recently passed away aged 92 but she never forgot her love for Tom. They leave a son Keith Pratt. 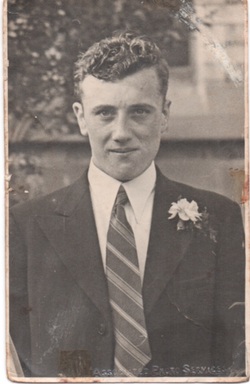 Norma Baker, who sent in this  photograph of  Gunner Kirwan says that it was possibly taken at her parent's wedding in 1940.  They  visited Orvieto Cemetery in about 1948 with a group of relatives of other deceased soldiers.

Gerald was the middle son of 6 children of Gerald and Alice Kirwan of Liverpool and the favourite of the family.  He was about to turn 21 when he was killed and had been an altar boy at mass that day.  A devout Catholic, Gerald was to go into the priesthood after the war.  My mother had baked a fruit cake and iced it for his birthday and my grandfather, a plumber, had sealed the tin with solder before posting.   The cake was never returned, of course.


My grandmother swears, she saw Gerald come to the kitchen door and say 'Ta ra, Mam' just before they heard of his death.